Sweet one, my daughter in law, made the best Carrot Cake I have ever tasted. Well, that any of the nine people, at her beautiful home, had ever tasted! Everyone, even Wee Bear, went crazy!! The recipe she used, is on Food Network, Ina Garten's Pineapple Carrot Cake. I can tell you, it is over the top GOOD!!

A member here asks for help! Eileen found me through the Arts Connection group here in DM. She asked if I could help her, she was suppose to make a couple of squares for a quilt that was being made for her daughter. Eileen, had no clue of what to do. I met with her and talked about some options. She made some decisions based on my suggestions. Here is one of the squares I made for her. I made four others for her using a technique where I transfer a photo to fabric. The transfer fabric is available through Electric Quilt Company. 1-800-356-4219. It is very easy, done in just a few minutes on your copier.

The Desert Mountain Quilters, a continuation of the Double Irish Chain 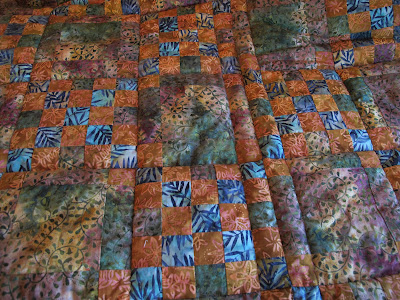 In our community, we have a speakers club. They bring in speakers, to talk about various topics. We recently attended  one that interested us. We found him to be interesting as did the 100 + attendees.

John Fer,  Prisoner of war, Viet Nam, spent more time in the"HOLE" than any other prisoner because of his resistance to his captors.

It was February 4, 1967, when Captain John Fer and six other airmen were dispatched in a Douglas EB66C Skywarrior over North Vietnam. About 40 miles from the China border, in Bac Thai Province, the aircraft was hit by two missiles from a mobile tracking station, breaking the aircraft in half. Three of the airmen, including Fer, were captured. The remains of two others later were recovered; and one remains missing. Bleeding from shrapnel wounds and dressed only in shorts and undershirt, Fer at first feared that the prevailing winds had taken him into China, from which he would never emerge. Fortunately, that was not the case.
Forty-five minutes after touch down, Fer was surrounded by crowds of people waving aged rifles. Marched by the militia along paths lined with peasants holding sickles, he came to a building—the village head man’s house in which a picture of Uncle Ho hung. Fer breathed a sigh of relief; he was not in China. Chants of “war criminal” and “air pirate” filled the air for three hours until a truck arrived with John’s navigator inside. Both men were taken to Hanoi. It was February, and it was cold.
An interrogator they called the “Eagle” came into the room where Fer sat waiting. The Eagle asked John what his unit was. John responded with name, rank, and service number. He was smacked in the face. The Eagle asked a second time for John’s unit. Again, John replied with his name, rank, and service number. Again, he was smacked in the face, only harder this time.
After a third attempt by the Eagle failed, Fer was handcuffed and his arms stretched out behind him and strapped so that all circulation was cut off. The Eagle left the room, and John called out, “Okay, I’ll tell you the unit.” The Eagle returned, untied Fer, and the circulation rushed back.
“What was your unit?”

Fer was back in the straps again. He learned that the key to avoiding painful torture was to give false information. But you had to remember what information you gave because the interrogators took notes.
B-52 bombing runs from Guam frightened the North Vietnamese captors and provided some breathing space for Fer and the other POWs. While in isolation, he began a prayer ritual. From a small piece of rope, he formed a rosary, which became part of an early morning ritual of pacing five steps up and back while praying, exercising, and praying again.
For the North Vietnamese, isolation was key to breaking down allegiance to your country. For the POWs, communications was instrumental in maintaining their sanity. A 5x5 alphabet matrix was developed, in which prisoners communicated by tapping on the walls. If the message was understood, the recipient tapped twice; if not, he tapped several times. It was a simple, yet ingenious way to communicate. On Sundays, camp-wide church services began with a tap on the wall signaling individual recitation of the Lord’s Prayer followed by the Pledge of Allegiance while facing east toward the United States. Before sleep, tapping would spell out “Good Night, God Bless You” (actually spelled out “GN, GBU”).

Another key to remaining sane was mental exercises. Learning aerodynamics or a foreign language were great ways to maximize quiet time. One POW memorized the 350 names of his fellow POWs alphabetically. Fer learned Spanish, French, German, and Russian during his stay.
Feeding the spirit was also vital. Each religious denomination had a chaplain. John McCain was the Presbyterian chaplain. Every Sunday, church services opened with a prayer, reading of memorized scriptures, and hymns that were written by a POW.
In six years, Fer was allowed only four letters. No packages or photos were given to him. A solid spiritual life, faith in God, and exercise kept him in balance. In 1973, it was all over.
In speaking to his audience at Terminal Island, Fer reminded them that they had a lot in common. They had served this nation, accepted their fate, and would move forward in their lives. He reminded them that we are all sacred, made in God’s image.
The question of one-on-one psychological tactics was raised, and Fer said interrogators tried to pit one POW against another. After a grilling took place, the interrogated POW would tap out the questions to other POWs so they could prepare their responses. Asked if the survivors held reunions, Fer replied that they are held every five years. Many are held in Southern California, but they are also held in Washington, D.C., in a Vietnamese restaurant. What did he miss most during his captivity? The sound of children’s laughter. Fer later became an elementary school teacher, surrounded by the laughter of children every day.
Fer admonished his audience of veterans incarcerated to assert their own individuality, stay strong in the face of adversity, and find the balance between the spiritual and the intellectual in their lives. He urged the men not to get caught up in self-pity and to realize that many are far worse off than they.
He recalled a moment that he refers to as a miracle, when he was bound in such a way that he thought of himself as a basketball. He remembers a guard picking him up like a basketball and tossing him into the corner of the room. In excruciating pain, John said a prayer to the Blessed Virgin Mary. When he finished, the guard returned, untied him, and left the room. 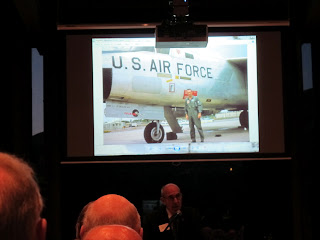 ***Earth Day is Sunday and is 43 years old! Use your own bags, plant a tree or get some free Sun Flower seeds at Pottery Barn, on Sunday,  and plant some with your children! GREAT NEW APP for you Iphone!! With this app, you can take a picture of your junk mail, and this company will STOP all future mailings!! Go to the APP store and down load it NOW! PAPERKARMA it is AWESOME!! Go GREEN!!

*** THANK YOU to all the VETERANS who have served and gone to war to protect us. Have a peaceful, fun Earth day weekend! See you on Monday!

* Pacific Northwest viewers- hike week starts June 16-21, followed by Family trip to Lake Chelan, for a week of boating, hiking, wine tasting, relaxing and family barbecues! Contact me, Amy or Holly for details! What do you want that Bum to look like???