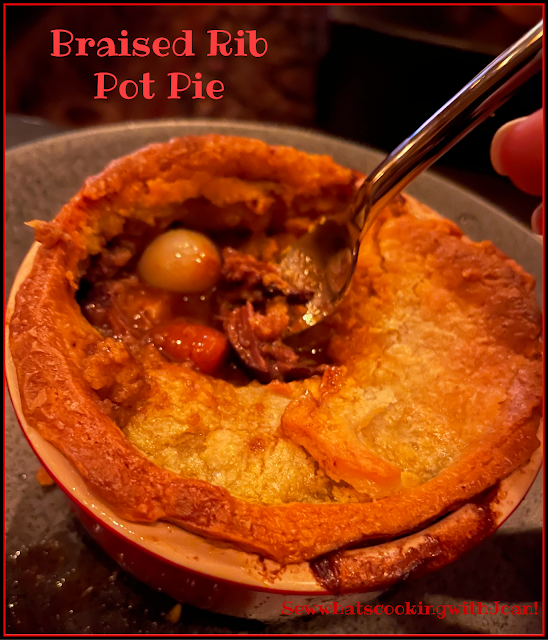 Who doesn’t love a great pot pie?  Meat and vegetables and gravy under a blanket of pastry, these pies are American Classics.  But they go back in culinary history considerably longer. In the Roman Empire, the pastry was banquet fare.  Sometimes the crust revealed live birds, which must have been quite a shock to unsuspecting guests.   In 16th century England meat pies became all the rage.  The English ate meat pies of all sorts – pork, lamb, game and they were especially fond of using venison. 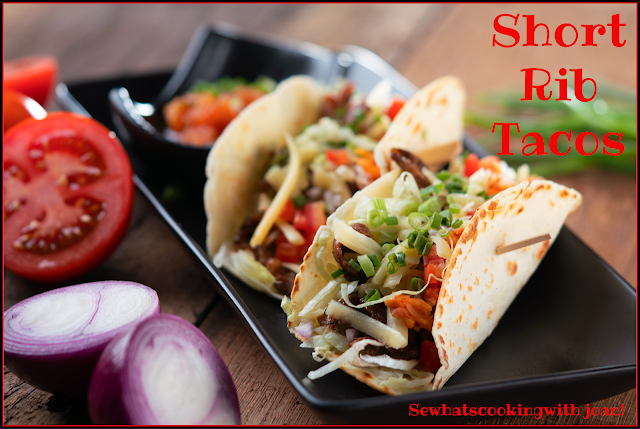 Just in time for Play off games and Super Bowl!

I made braised Short Ribs the other day and had some left over meat! Yay!

Here's what I did!

I wrapped the shredded short rib meat in warmed tortillas and top with diced white onions, sliced radishes, slaw and salsa.That's it!! A second dinner DONE! 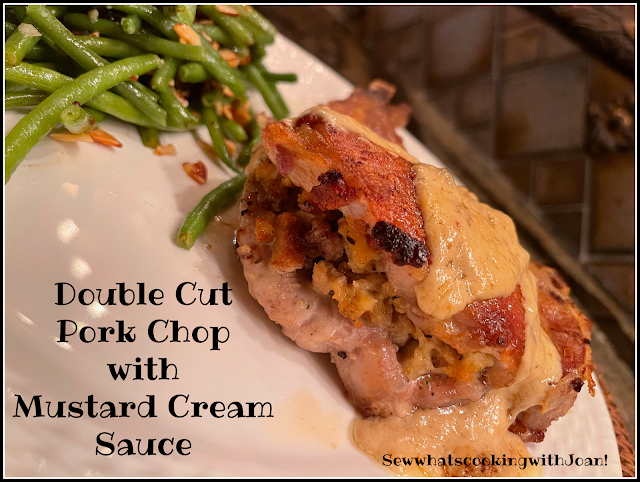 This recipe is easy enough for a great weeknight meal, but they’re fancy enough to impress guests. And, they’re a great to use up your leftover stuffing from Thanksgiving.

I recommend bone-in pork chops that are about 1 1/2″ thick. The butcher can cut a pocket in them for you so that is one less step you have to do at home. Your local butcher will love serving you. Don’t be afraid of that meat counter! 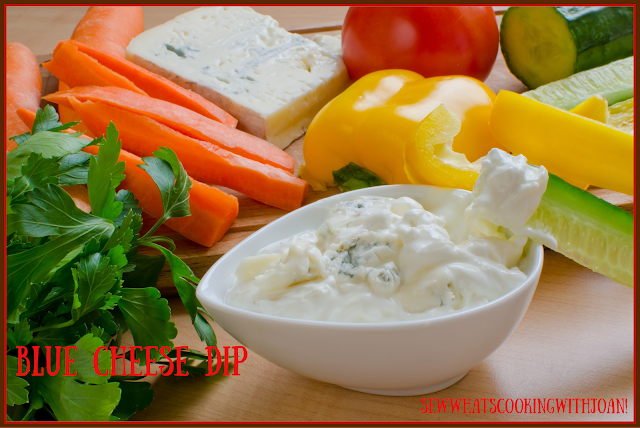 It's a rule at our house.....you simply cannot have chicken tenders or buffalo wings without this blue cheese dip! Wee bear loves this blue cheese dip with just about anything! I love it with cut up vegetables like carrots, cucumber, red or yellow bell pepper, mushrooms or celery. 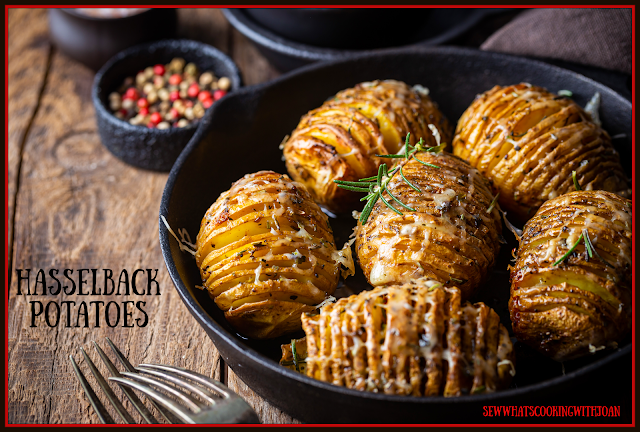 This name for this yummy side dish comes from the Swedish word Hasselbacken, the Stockholm restaurant where it was first served.

Crispy on the outside and tender soft on the inside, the baked potato slices are similar to thick potato chips, but the slices are still attached to the base.