Shrimp dogs! A play on pigs in a blanket! 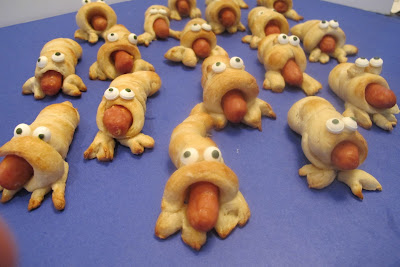 OM Gosh!! Too fricken cute! On Pinterest I found the cutest little piggies in a blanket, that looked like little shrimp. I re-pinned, but found that the original pinner, had just pinned a picture,  no tutorial, no other information. Googling took us to a website in Europe, but no tutorial. This Pinterest pin was re-pinned over 400 times!!! Everyone was commenting and complaining!

Go forward a couple of weeks. I get a request for some cute ideas, for a little boys Birthday party. I immediately thought of the little "Shrimp dogs"! They look like the shrimp on "Shark Tales", especially in the eyes. I volunteered to make them as a favor to friends and gift to their son. Link to a movie clip with the shrimp http://www.traileraddict.com/clip/shark-tale/shrimp.

Sweet One was still here visiting, so she and I made them. I figured out how to make them, and made the tutorial! Sweet One and I laughed and had so much fun making them, I still am giggling!! They are easy to make, can be made ahead and frozen and do not take a lot of time. My friend was thrilled and said, "their too cute to eat!" 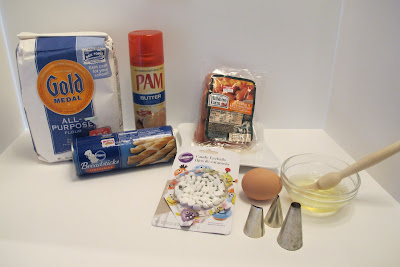 What you will need- 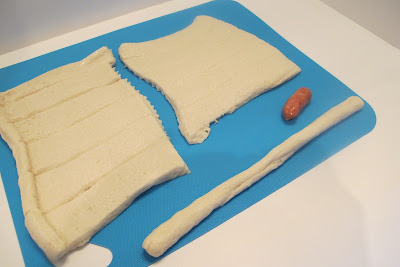 Open the bread stick can and unroll the dough. It is perforated, but I used a knife to break apart. Roll into a rope, between hands, about 15 inches long. 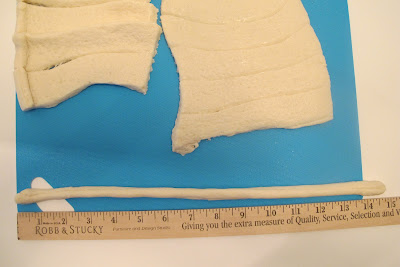 Starting at the large end of the decorating tip, wind the dough around, making sure each wrap is close to the one before. They will naturally taper then at the end of the tip squeeze together using your own judgement how long you want the tail. you will have some of the rope left for feet and optional eye balls. 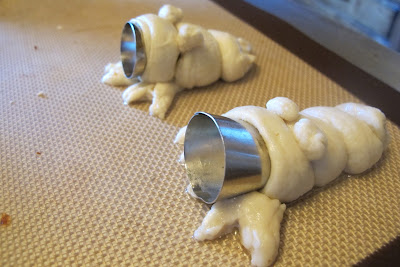 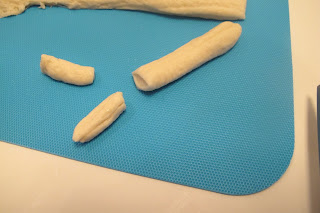 Snip in middle with kitchen scissors, to make the claw. 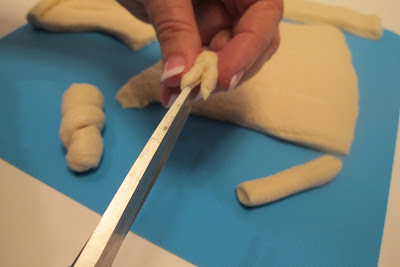 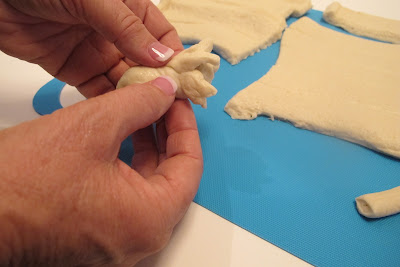 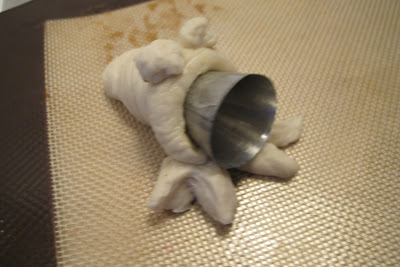 Make an egg wash with one egg white and 1 tsp. water, beaten. Brush onto the "Shrimp Dogs". 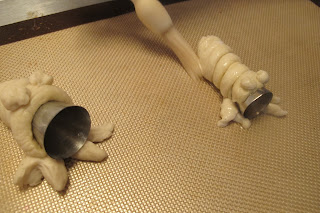 Bake at 400F, for 8-9 minutes. Allow to cool. Make a paste of 1 T flour and a tiny amount of water. Brush some of the paste on the back of the Wilton eye and put into place. I found it easiest to place in the fold. 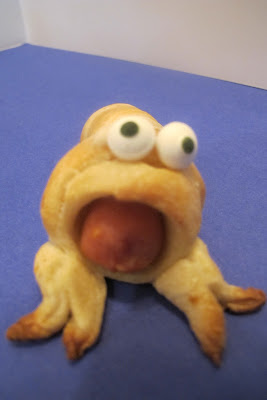 Place a cooked smokie into the mouth after removing the decorating tip.

*Each shrimp will take on it's own personality, and that will make you giggle!

*If making ahead, freeze them individually on a baking sheet. Once they are frozen, transfer to a freezer bag. When ready to use, just bring the bread to room temp and cook the smokie.

*Do NOT cook with Wilton eyes in, as they WILL melt!!

*Baking with the smokie in the mouth, encloses the smokie. 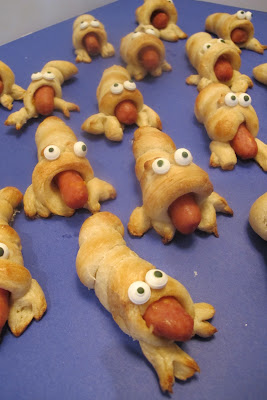 Sweet One and I had so much fun with this project! We giggled for hours after. 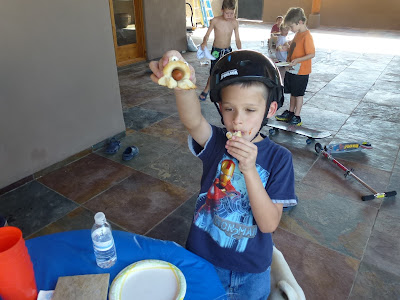 Noah's pool party was a huge success, and I am glad I got to help in the planning! Happy 7th Birthday Noah! 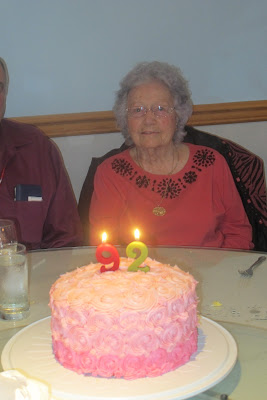 My Mom, the sweetest most loving person I know. She is amazing! She looks like the queen!! She had her 92nd Birthday on Tuesday, we celebrated with family, 26 of us!! She thought Wee Bear and I were still in Scottsdale, and was so surprised to see us sitting at the table!! She thought she was going to dinner with my niece, to her favorite restaurant! Sweet One made her cake, (pictured) and will do a tutorial on it later this Summer. Sweet One also made some incredibly cute cupcakes, which will be featured Friday! I am exploding, as I would love to tell you whats inside this cake, but, it's Sweet One's surprise!! Happy Birthday to Mom!!

Sewwhatscookingwithjoan is celebrating it's 3 Month birthday! Pop the cork! Baby, it's party time!!

Everything is happening so fast! I have had so much support, which started with family and friends, from all over the world! You tell a friend, they tell a friend, Sewwhatscookingwithjoan is being read in every language all over the world! Closing in on 5000! The blog and I are being featured in a magazine, interview in progress! Thank you, my viewers........you did it!!
Joan Messenger joanmessenger at 09:04