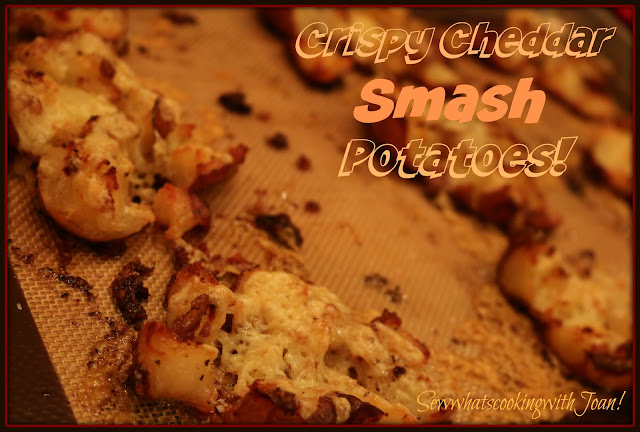 These Crispy Cheddar Smashed Potatoes are a simple and delicious side dish to any meal!  They're cheesy, buttery and so flavorful!


Potatoes are one of those staple side dishes that tend to get served the same way over and over again, especially at traditional holiday dinners... mashed, boiled, baked. But there are so many other great ways to serve them. One of our favorite ways to enjoy potatoes are smashed potatoes. Surely you have heard of them, I featured the basic "Crispy Smash Potatoes" last week and a few years ago I featured "Rosemary Smash Potatoes". Basically smashed potatoes are potatoes that are first boiled, then smashed, then roasted to a crispy perfection.

These Cheddar Smash Potatoes are SO good! Of course everything is better with cheese!

They are so easy to make, and if you make a big batch, they are great left overs!


Step One:  Boil and Smash!

The key to making these potatoes it to boil or use a Pressure cooker/ Instant Pot. The potatoes will roast better and become more crispy if this step is done first. Just boil, then smash. 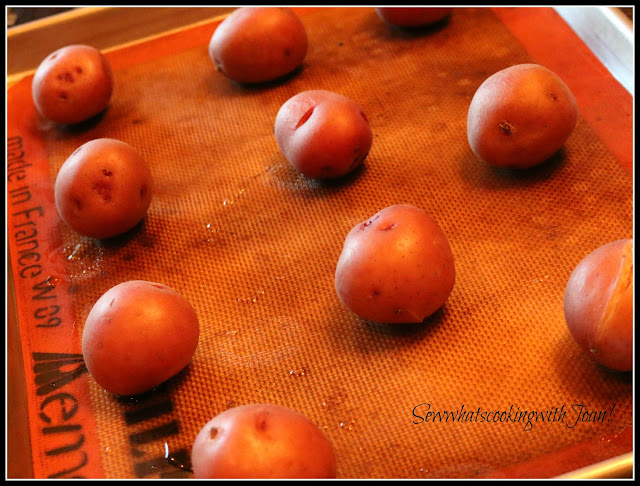 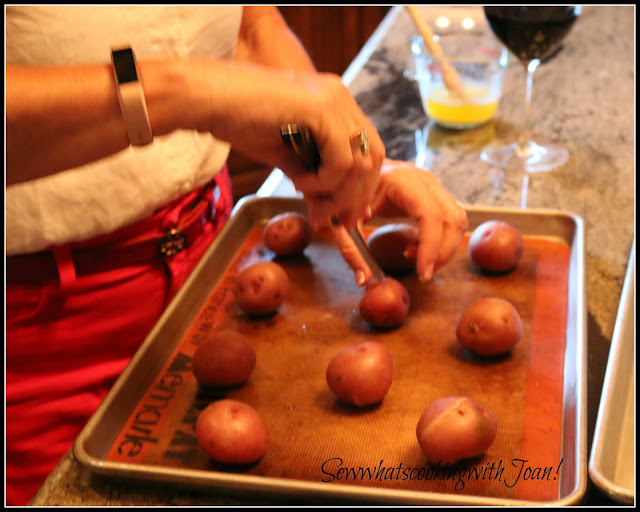 Step Two:  Smother in Butter, Salt & Pepper and Roast!
After the potatoes have been boiled and smashed, it's time to smother them in butter! The butter makes them deliciously crispy. You can add as much or as little butter as you would like at this step, it's really up to you. We like a lot. Then season generously with salt and pepper, and put them back in the oven to roast. You can also use olive oil instead of butter. 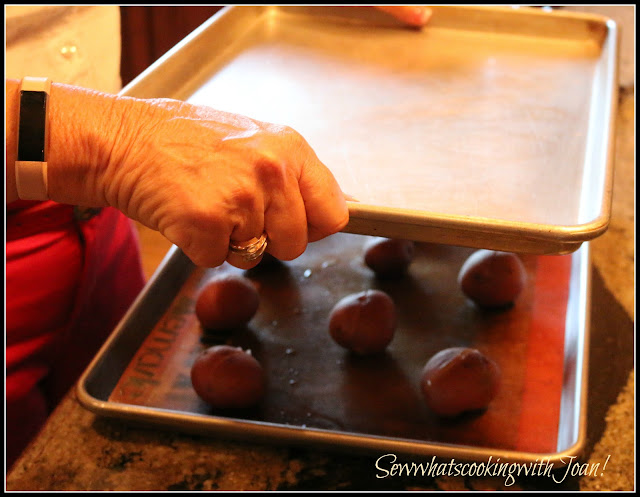 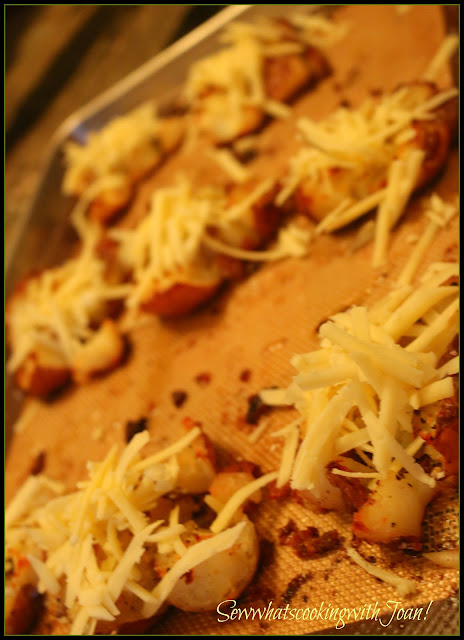 Step Three:  Add ALL. THE. CHEESE. and roast to crispy perfection.
Now for the best step...adding the cheese!  For these smashed potatoes I used  white cheddar cheese because we like the sharp and rich flavor of this cheese.  Again, for this step you can use as much or as little cheese as you see fit.  I say, the more cheese the better!  Then pop them back in the oven to finish the final step of roasting.

Don't they look delicious! Crispy on the outside, creamy on the inside...mmmm! 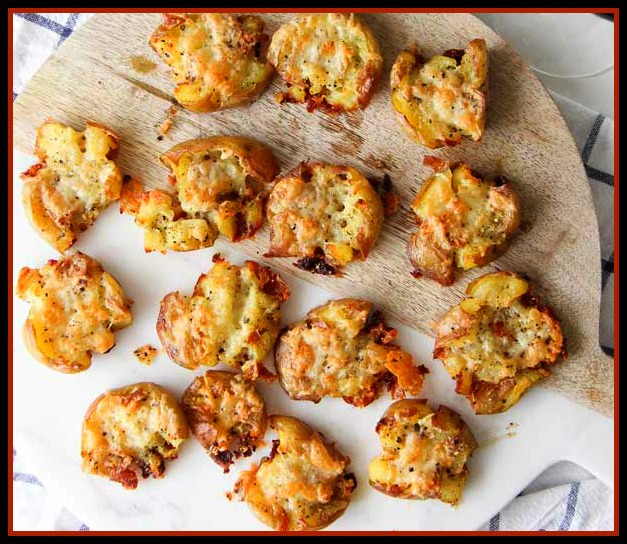 We just returned from a fun filled, action packed trip to Disneyland with our daughter Holly, son-in-law Nate and our giggly grand daughter's, Madison Lee and Mackenzie May! Holly planned this adventure perfectly and had everything reserved and ready for five action packed days! We were able to go one hour earlier to the park and get a few rides in before the crowd came. She also had dinner in Goofy's kitchen and breakfast with Mickey, all with several Disney characters, all worth your time. We also hired the Disney photographers that took family pictures all over the park, which Holly downloaded to her phone and posted to Facebook album. We were given several gifts with our package, one a Disney pin and lanyard.....well, that led us to start collecting and trading pins....hahaha! It was really fun! Below are a few pictures of this fun filled week! 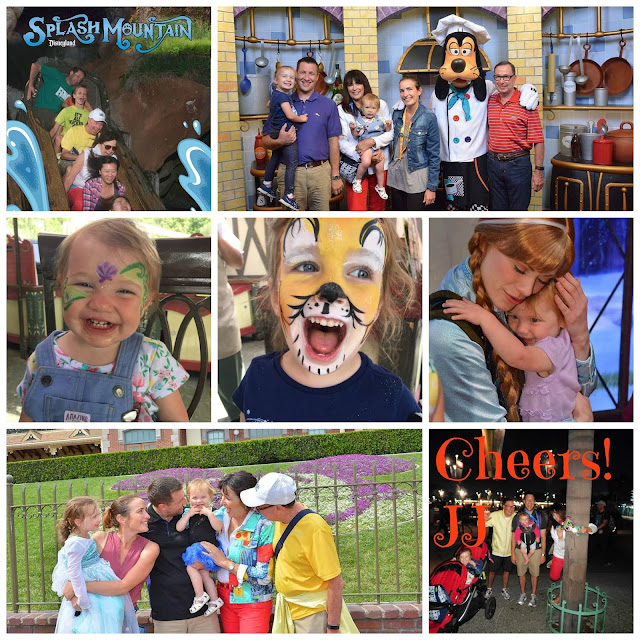