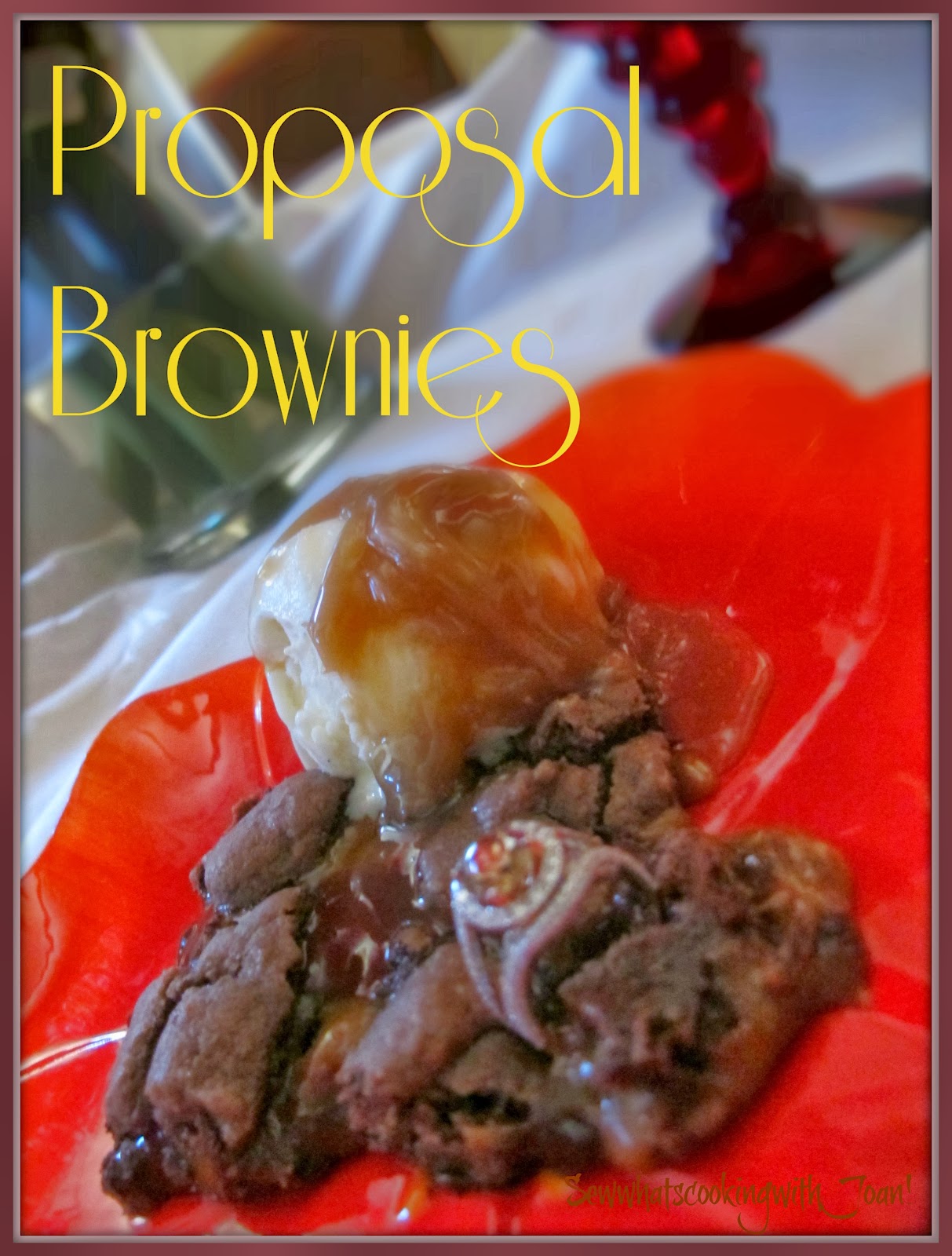 The lore behind this recipe is that is has led to at least two marriage proposals. They were in the Feb 2014 Ladies Home Journal. Must say, they are really good and really easy to make. Just be careful who you serve them to!


1. Heat oven to 350 and line the bottom of a 9x13 inch baking pan with parchment paper. Melt caramels with 1/3 cup of the evaporated milk in a small saucepan, stirring mixture occasionally' set aside.
2. Stir together cake mix, melted butter and remaining 1/3 cup evaporated milk to form a dough. Press 1 1/3 cups of the dough into the pan in an even layer. Bake until puffed but not cooked through, about 7 minutes. Remove from oven and pour caramel sauce evenly over the top. 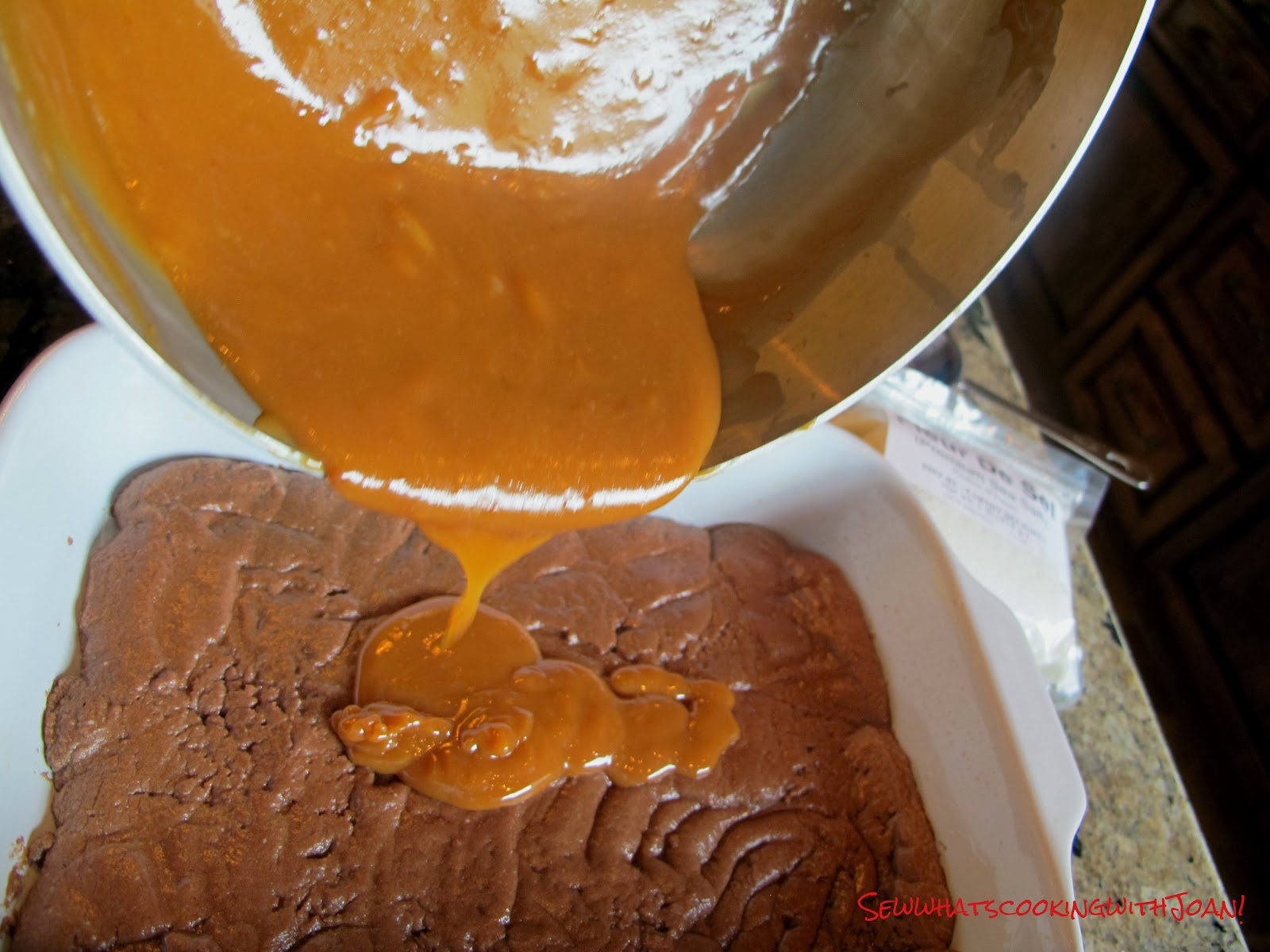 Sprinkle chocolate chips over the caramel in an even layer, then sea salt. 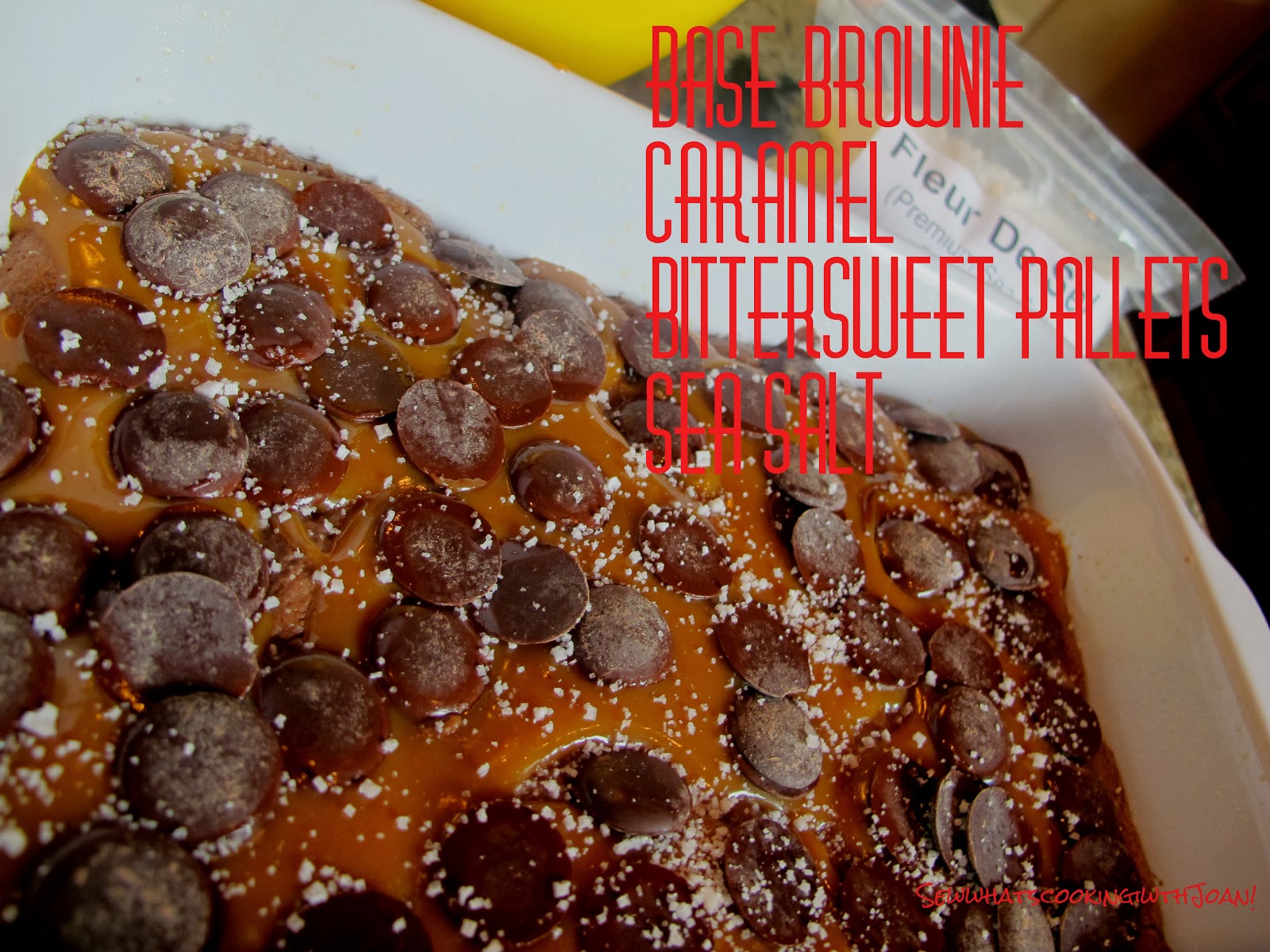 Top with remaining dough, crumbled into bits and scattered across caramel/chocolate chip layer. Sprinkle with nuts and return to the oven. 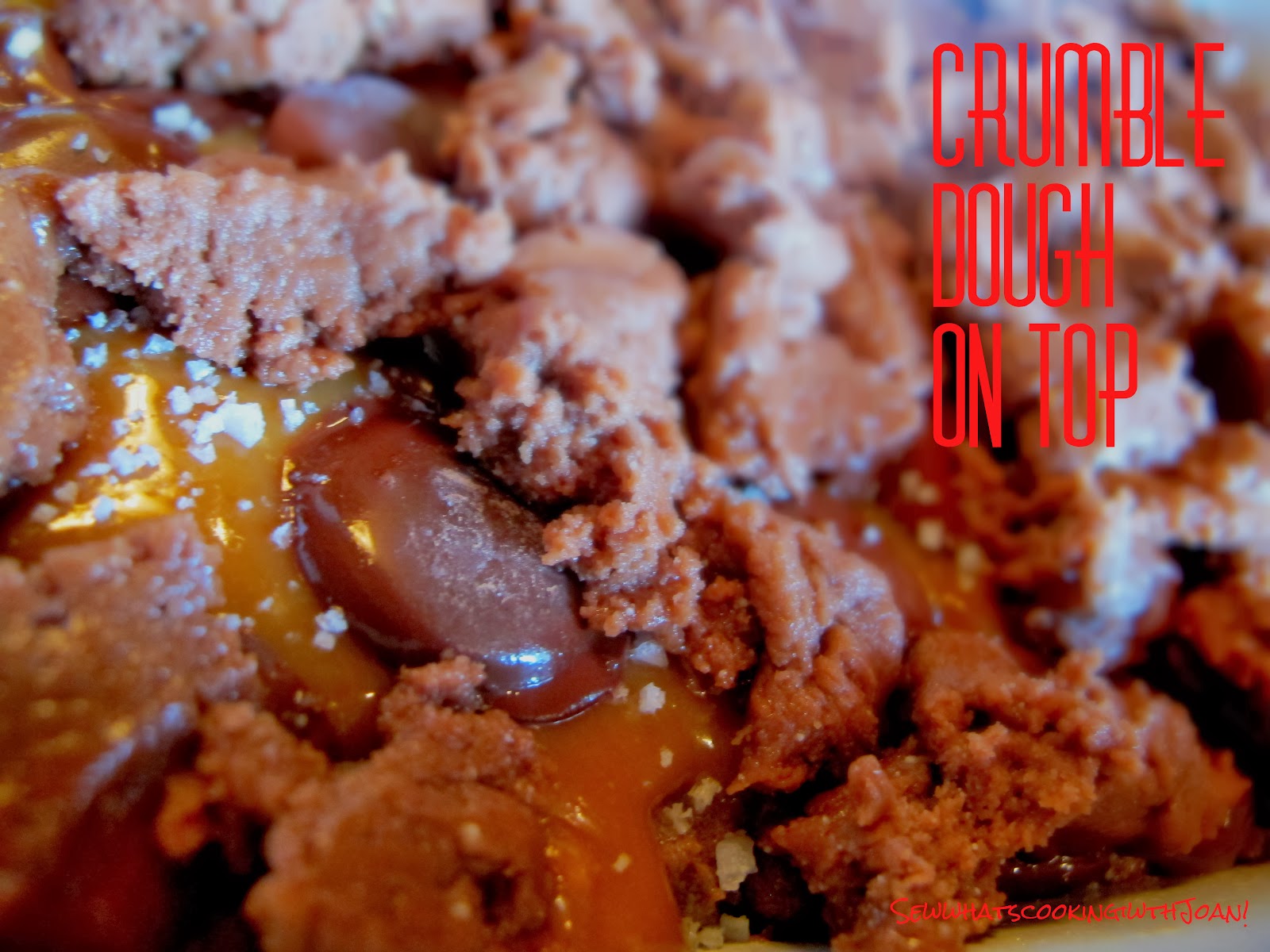 3. Bake until brownies are puffy and set, 10-11 minutes more. Cool completely and cut into squares. 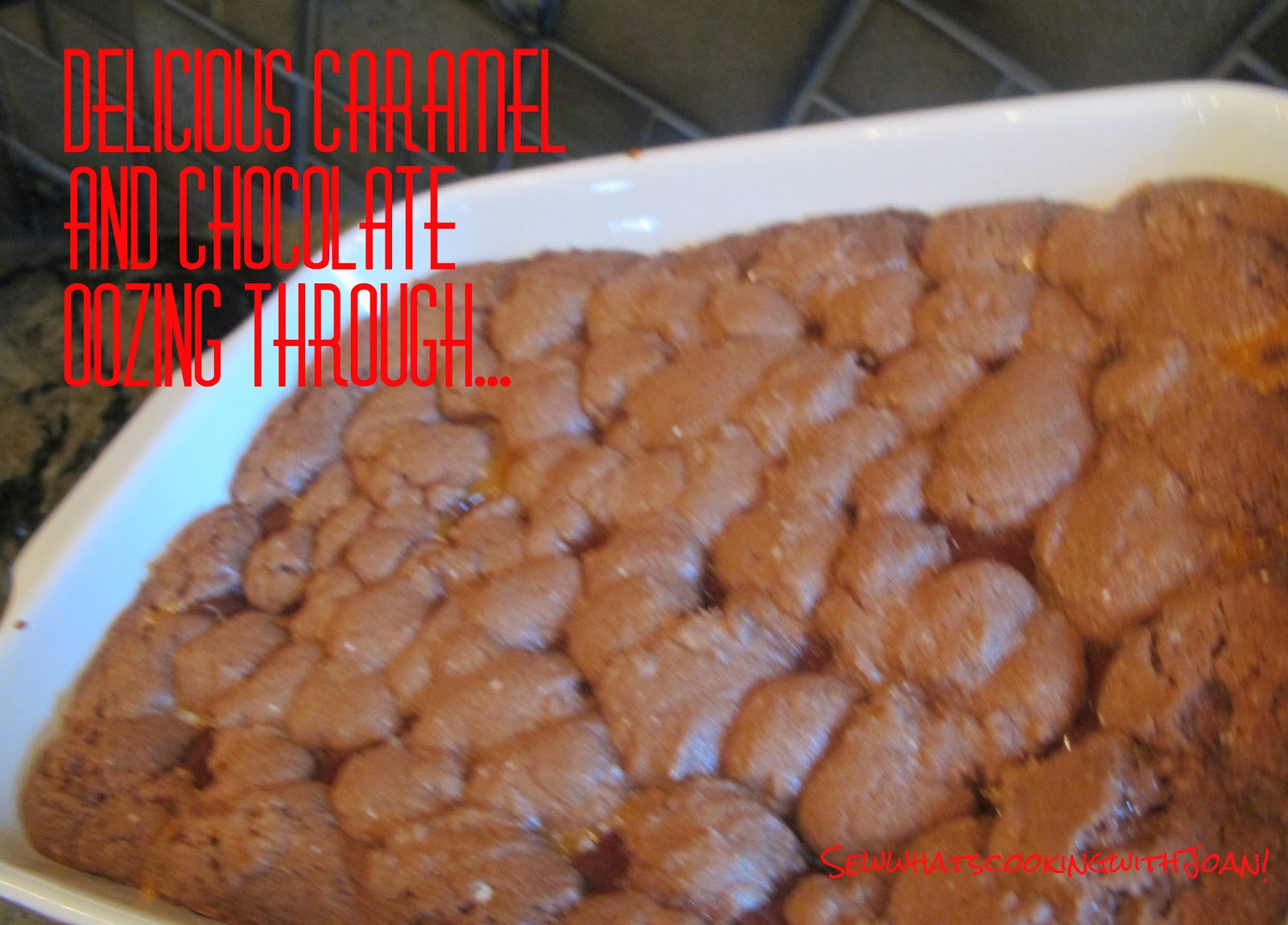 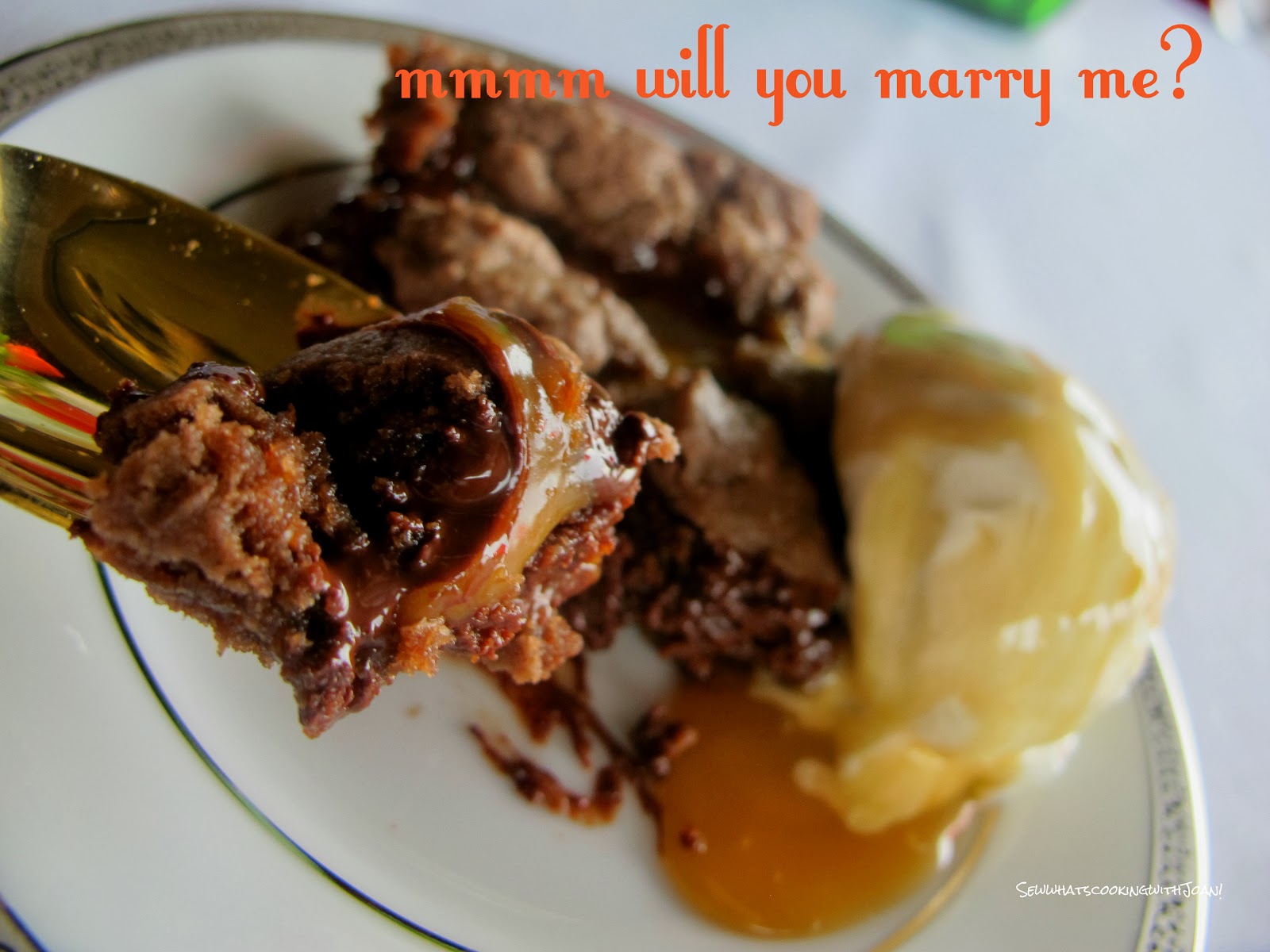 The story behind the brownie by Amy Westerman-

When I was 7 years old my mother, Susan, met my future stepfather, Larry. They had been dating for about a month when she made him a batch of caramel-nut brownies -- a recipe she'd come up with herself. Larry took one bite and blurted, "Oh my gosh, I love you!" It was the first time he'd said anything like that, and it was sort of a joke -- but then he followed up with, "Actually, I really do love you, and I've been wanting to tell you that." After they got engaged, Larry renamed the recipe "Man-Catcher Brownies."
Mom taught me how to bake when I was 12, and these brownies were one of the first recipes she shared with me. "Remember, Amy, whoever eats these will fall in love with you," she said. I knew she was teasing, but the brownies still took on magical properties in my mind. My friends and I would have sleepovers and bake batches of them for boys we had crushes on. Sometimes we'd be sneaky about it and bring the brownies to the whole class, just so that a particular guy would be sure to eat one. When one of us had a steady boyfriend, we'd make up a nice little bag for him and tie it with a bow. Larry was on to our schemes. "Those man-catcher brownies work, so y'all be careful," he'd say. "Don't give 'em to anyone who won't treat you right for the rest of your life."
In fact, there was one boyfriend of mine in junior high who wasn't so nice to me, so I dumped him. The next day he came up to me and said, "I know we broke up, but my mom really wants the recipe for those brownies." I told him, "Nope. That's for boyfriends only."
I made these brownies for my husband, Drew, early in our relationship. I'd say the recipe definitely worked its magic, since we've been together for 11 years. He'll never admit it was the brownies. But I know better.